It is one thing after another with Facebook. If the big blue social network isn’t sharing your data deliberately, is sharing it accidentally. This latest error has seen 14 million users affected by a bug that shared people’s private posts. The posts of all those affected by the bug, posted between May 18 and May 24, were set to public by default. All affected posts were then not made private again until May 27. 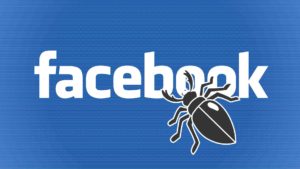 Normally, when you post on Facebook, the privacy setting is the same as it was the last time you posted something. If you usually only post things so that just your friends can see them, then this will normally be your default setting. You can post away, knowing that only your friends will see what you’re posting. Bugs like this one change that, however, and when they strike your posts are free to be seen by anybody and everybody on Facebook. All of a sudden the world knows you had a bad day last Thursday or that you hated that movie you saw on Saturday.

Facebook itself disclosed this leak. It added that if you are one of those affected by the bug you’ll be contacted and asked to review your recent posts. Likely to check if you’ve said anything you don’t want shared publicly. 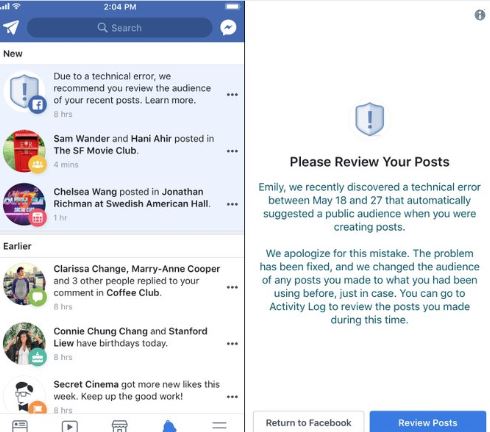 Facebook will send you a link that will take you directly to your posts so you can easily see whether you’ve shared anything you shouldn’t have.

Facebook hasn’t given away much detail about what could have caused the problem in the first place. The social network did, however, state that this disclosure marks the beginning of a more proactive and transparent era on its part. This seems to imply that bugs like this one have occurred before but that we just never heard about them. As we’ve seen in recent weeks, Facebook as a company isn’t very good at effective communication.