Facebook is giving $300 million dollars to organizations to try to repair the local news ecosystem around the world. Sounds great, right? Except for the fact that Facebook is part of what wrecked journalism in the first place. 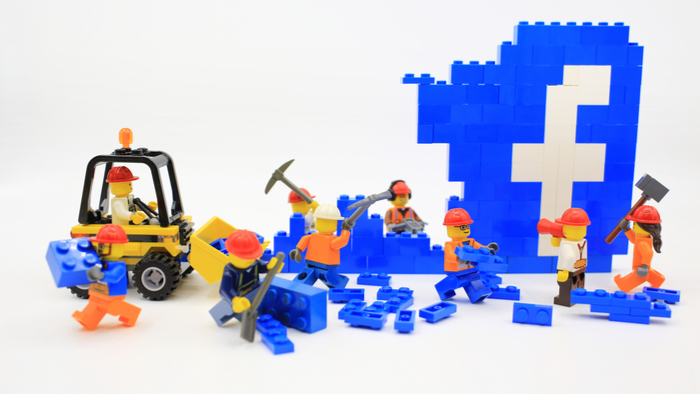 I’ve witnessed Facebook’s influence on journalism firsthand. My professional journalism career began in 2001, when Mark Zuckerberg was still in high school. I made $7 an hour as a TV news production assistant who had to come to work at 5:30 a.m.

In the early 2000s, the internet was just getting a foothold in the news world. Primarily, it was used as a source for weird early memes, like the “Star Wars” kid or musical remixes of the Howard Dean scream. At my first newsroom, we had one guy running the website. One guy.

The trouble started with Craigslist (which, in 2001, only operated in 14 cities). It ate away at local newspapers by gobbling up the classified ad market. Why pay for a newspaper listing when you can get an internet listing for free? Even without that valuable revenue, news organizations were safe as long as they could hold onto their traditional advertisers.

In 2006, Facebook jumped beyond college campuses to become available to the general public. As the site evolved, it became increasingly important to news organizations. Instead of going directly to a news source’s website, people would spend most of their day scrolling through Facebook. After all, it aggregated all the best content from your friends and publishers.

As content sharing became more popular, it drove a ton of traffic to news sites. While the news sites were happy for the revenue, digital ads pay nothing close to what print ads do. Pretty soon, digitally native companies realized that if regular news could bring traffic, so could clickbait. So BuzzFeed and its clones tapped into that urge. Suddenly, “What kind of Quidditch broom are you? Take this quiz!” could get more traffic than a story about the scandal at Abu Ghraib. Facebook didn’t discriminate against the content. Every post carried the same weight.

Gas on a forest fire 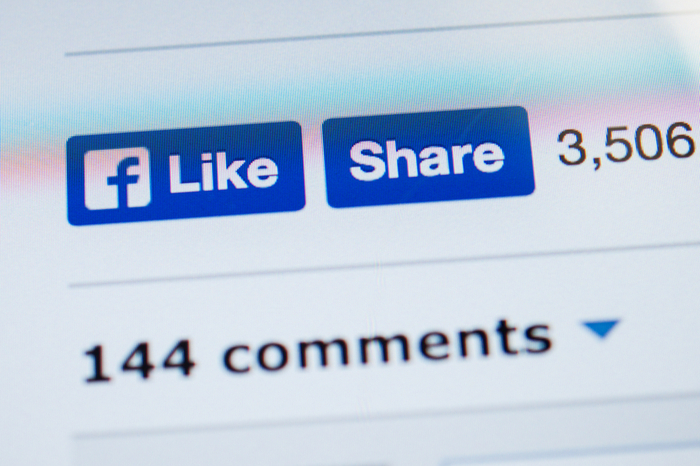 Before long, Facebook realized that giving every post the same importance didn’t make sense. So the company began tinkering with algorithms to make the experience “better.” Your timeline appeared out of order. Posts with more “engagement” appeared higher in the feed and with more regularity. You know what’s really engaging? Fake news.

Because Facebook trusted the algorithm, you’d see tons of shares of a story about Hillary Clinton slaughtering baby goats to summon the dark powers of Olgún, the demon-lord who runs Planned Parenthood and eats Bibles for brunch. Content farms gamed the system to feed people what they wanted to hear, not necessarily what was true. And Facebook didn’t care because the engagement was high.

In the mid-2000s, I was working for an NBC affiliate and we were chasing Facebook followers so feverishly, we were giving away NHL tickets to people who liked our page. Yes, someone calculated that the value of a few hundred Facebook followers outweighed the cost of pro hockey tickets.

Facebook was still sending a ton of traffic to local news sites at this time. So an uneasy truce settled in. The problem is that TV and newspaper audiences were literally dying off. Your grandparents may still crack open a paper, but it’s unlikely you do. Your parents may flip on the TV to catch the 11 o’clock Action News Team with Zarf Hamley’s AccuWeather AccuCast, but you probably don’t. 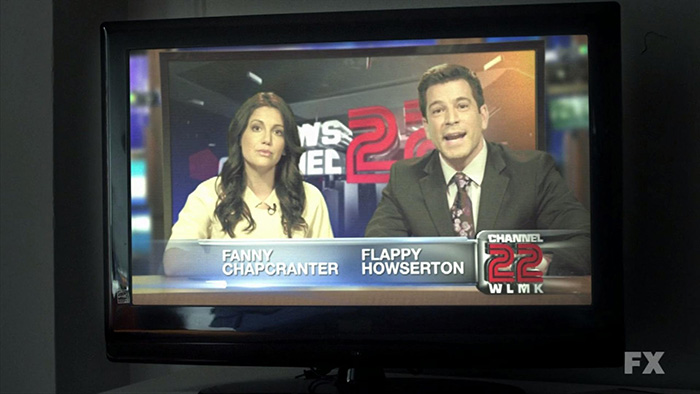 Digital natives (that’s you) are on their phones all day long, consuming content that’s usually free. You don’t click on ads. So any digital revenue to a news org comes from “display ads” like the ones you see on Softonic. Clicking on them makes money for a publisher, but advertisers are also willing to pay a few pennies simply to stick them in front of your eyeballs, even without a click.

This throttling effort led to an aggressive “pivot to video,” where publishers spent huge amounts of money creating video content to appeal to Facebook, hoping to regain their stature in the algorithm, gain more followers, and sneak in a few links that readers might click. Turns out, pivoting to video was a terrible move. Publishers couldn’t monetize it in the same way they could on their own sites. In 2016, Facebook admitted to advertisers it had inflated the average time users spent watching videos on the social network. Whoops.

Still, plenty of publishers were willing to line up at the Facebook trough, hoping for any readers who might somehow slip through the cracks. And Facebook has torched some of those publishers into oblivion. In an effort to create more “meaningful” interactions, Facebook flipped the algorithm again, burying publishers and sharing more boring pictures of your sister-in-law’s elderly cat.

So today, a local journalist needs to do the following to get through to you on Facebook:

Welcome to the post-journalism hellscape 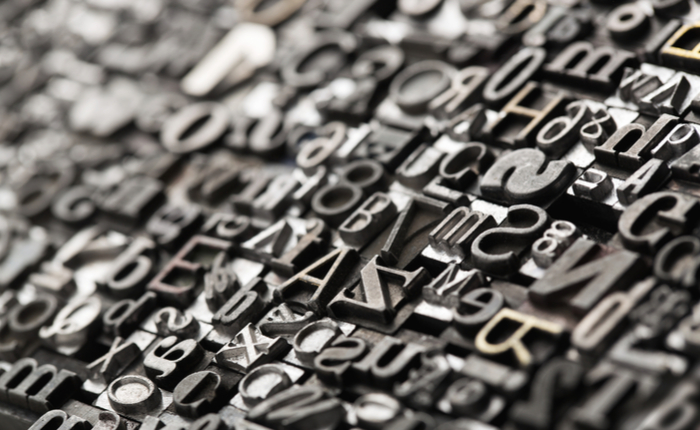 And here’s the biggest problem. Newspapers in the United States are the most important part of the journalism ecosystem. They pay reporters to sit through boring meetings, look at boring paperwork, uncover scandals, chase down leads, and hold politicians accountable. TV news organizations do some journalism, but steal a hell of a lot from those newspapers. Cable news has become a place for uninformed people to scream at each other and debate the existence of facts. And Facebook employs zero journalists, but it steals from newspapers and TV and does its damnedest to keep you from leaving its page.

Once upon a time, the Chicago Tribune owned 2 million acres of forests to make enough paper for their vast daily audience. They had a fleet of ships to move the timber. They built entire towns to support the transportation. Last year, the company had to sell its namesake Tribune Tower, which will transform a great architectural landmark into a freakin’ condo building. How the mighty have fallen. Watch the first few minutes of this to see what the empire was like 88 years ago:

“Adapt or die!” you scream. I get it. The journalism industry has been slow to change. I spent many days begging my 60-year-old bosses to pay attention to the gathering storm. But no one could have predicted that the audience might become source-agnostic, trusting a random blog from a Russian troll the same way they’d trust a newsroom full of professional journalists. And no one could have predicted the reach and addictive power of Facebook. The life and death of news organizations now depend on the whims of Zuckerberg and his team.

So sure, Facebook can fork over $300 million to try to prop up the industry. But it’s only a Band-Aid on a bullet wound. If Facebook really wants to help journalism, it would buy those companies and find a better distribution and monetization method. Or try promoting quality journalism from legit organizations in newsfeeds instead of burying it.

Now Facebook itself is collapsing as young people flee the service, along with anyone who values privacy or self-esteem. (Instagram and WhatsApp will keep the Facebook company relevant, but the big blue social network looks to have a bumpy road ahead.) The cruel irony? Many legendary journalism organizations have been dealt a death blow by a social network that could be a punchline in a few years.

The fact is that journalism matters. It matters a lot. Journalism is a check on the powerful and a champion of the oppressed. While everything might be fine under our roof, the world might be in trouble a few miles away. Reporters, photographers, videographers, and editors do the important work that keeps us informed. Armed with that information, we can vote more effectively. And those votes determine the course of our future.

So it’s cute that Facebook thinks $300 million can solve the problem that they helped cause. We’re in the fight for truth, justice, and the American way. But you may be too busy clicking “like” on a photoshopped picture of John Cena junk-punching Thanos to see what’s coming.

Facebook Will Make You Read A News Article Before Sharing