The source code for the forthcoming Diaspora social network has finally been released to developers. The software is due for release in October and will be available for Windows, Mac and Linux. The application aims to solve the well-publicized privacy issues that have blighted Facebook, and will offer a cooler interface for following what your friends are up to.

Diaspora, which will integrate Facebook functionality, will allow users to post status updates and photos privately, and in near real time, with friends, using its ‘Aspects’ feature. All content posted to the site will be signed and encrypted, according to the developer.

The four New York University students behind the project, Dan Bird, Max Salzberg, Raphael Sofaer and Ilya Zhitomirskiy, have released a few mouth-watering teaser screenshots, showing users what they can expect. They highlight three of the key features.

Seeds – Profiles in Diaspora are called ‘Seeds’, and this is where updates and photos are displayed to friends. 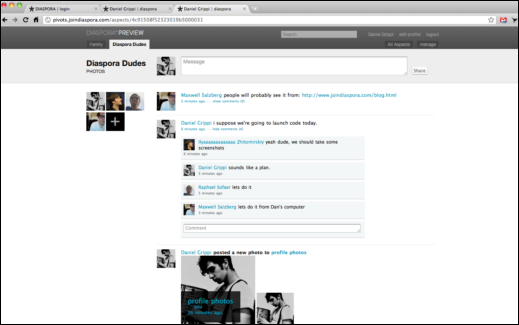 Aspects –  Aspects are essentially lists of friends that belong to a certain group (e.g. family, friends, colleagues, etc.) This allows you to share certain content only with certain groups. 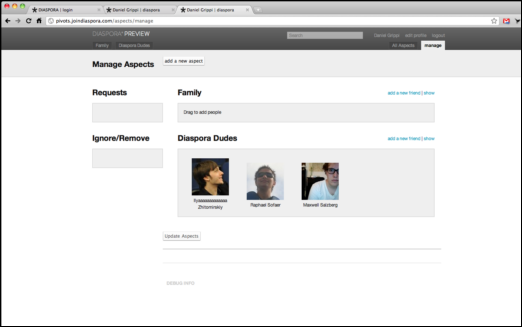 Photo uploader – Photos can be uploaded to Diaspora using GPG encryption, to ensure they are safe. It appears that the service will also feature a photo editor. 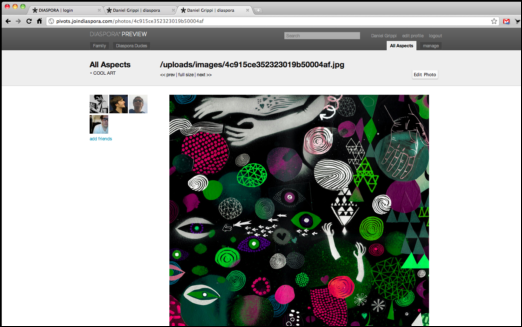 We’ll bring you a full review of Diaspora as soon as we get our hands on it!