Facebook is copying one of Google+’s best features: auto-enhanced photos. Google calls their version “auto-awesome“, which debuted May of 2013. Both social networks now automatically enhance your photos to look better, but Google+ still wins for cuteness. 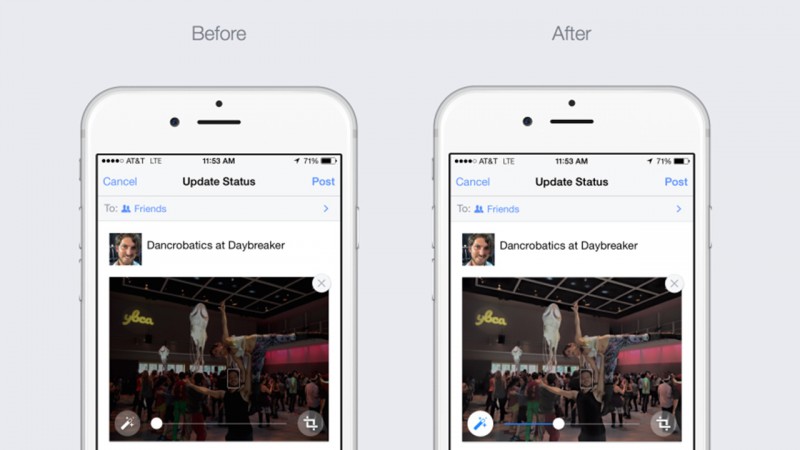 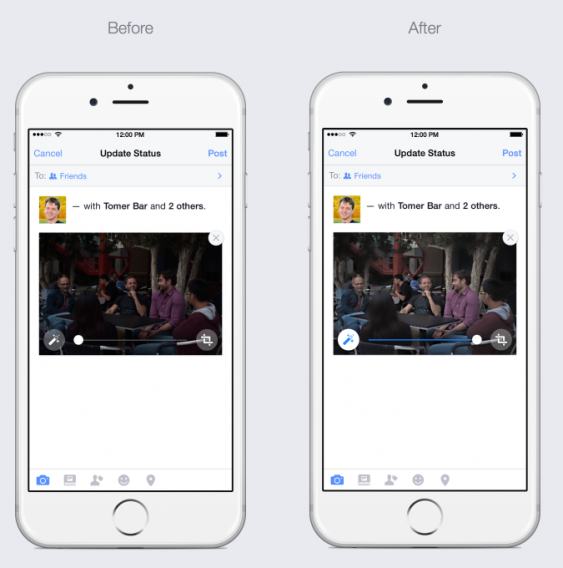 Users still get some control over how their photos look. They’ll be able to adjust the intensity of the auto-enhanced feature. By defaulting to auto-enhanced images, Facebook hopes it’ll take the guess work out of editing your photos before posting them.

The auto-enhance feature has existed in Facebook’s apps for a while but it was never enabled by default until now. You still have the option to edit your photos with filters and other enhancements if you want manual control.

Facebook for iOS users will be getting auto-enhanced photos starting today. The feature is coming soon to Android as well, though a specific date wasn’t mentioned.

UPDATE: If you don’t want Facebook to aut0-enhance your photos by default because you trust your photography skills, you can do so pretty easily. Gizmodo has a guide on how to do it. Simply navigate to the More button from the sidebar and tap on Video and Photos. Under that menu you will see the option to toggle Enhance automatically.

Instagram gets five new photo filters, lets you hide filters you don’t use