Following up a tumultuous couple of weeks for the company, it seems we finally have some good news coming from Facebook: The introduction of two new camera devices – the Portal and the Portal Plus.

One of the earliest (and arguably remaining) criticisms for Facebook was how it streamlines and trivializes friendships to the point that they are hardly genuine at all. It’s hardly a surprise that of the typically hundreds of Facebook friends per user only a scant handful are actually considered good close friends. ‘Facebook friend purges’ where users remove excess friends are all too common, and the connected world that Facebook strove to achieve begins to feel ironically empty. The Portal aims to change this by simplifying and encouraging actual real-time conversations between people. Yes, we know Facebook already has phone call and video chat options, but what we’re talking about here is something way bigger: 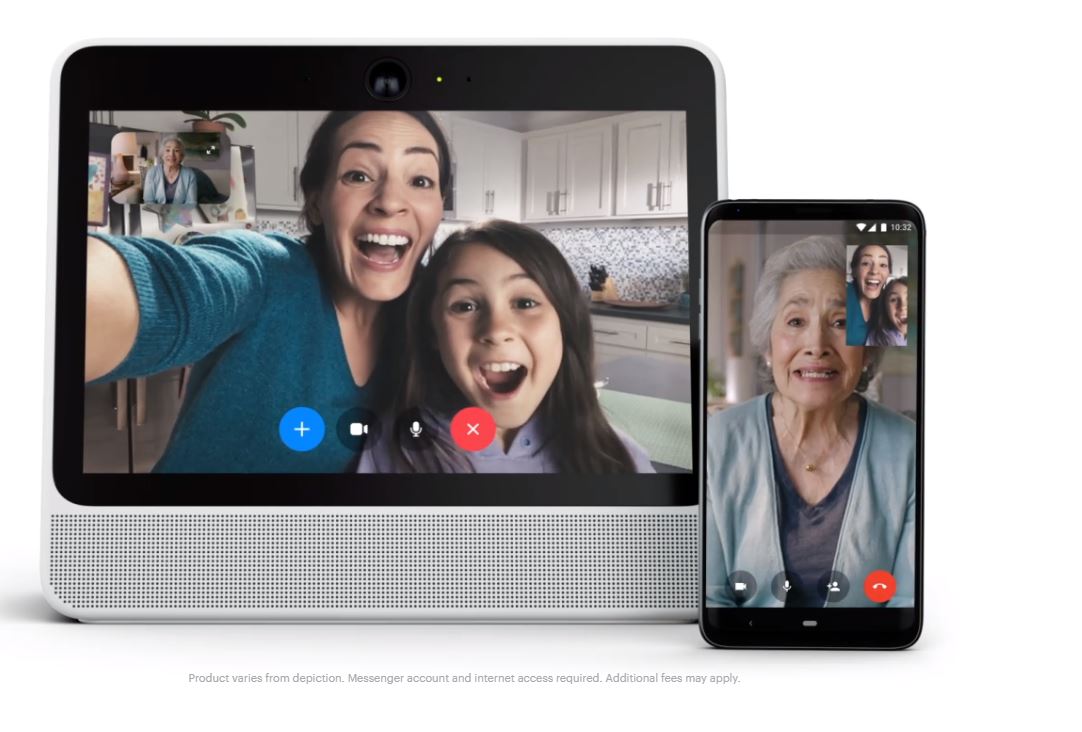 Both the Portal ($199) and the (slightly heftier, more stylish, and more pricey) Portal Plus ($349) are cameras for video chat built with the intent to make it feel as though you’re socializing in the same space as your friends or family from all over the world. The Portal uses Facebook Messenger to easily and instantly reach out to anyone else who also uses the app. Similar to Alexa or Siri you can simply say ‘hey Portal’ to wake it up and ask it to connect you to whoever you’re trying to speak with. Thankfully, this isn’t just limited to other Portal owners either; you can call someone’s phone, tablet, or even computer. 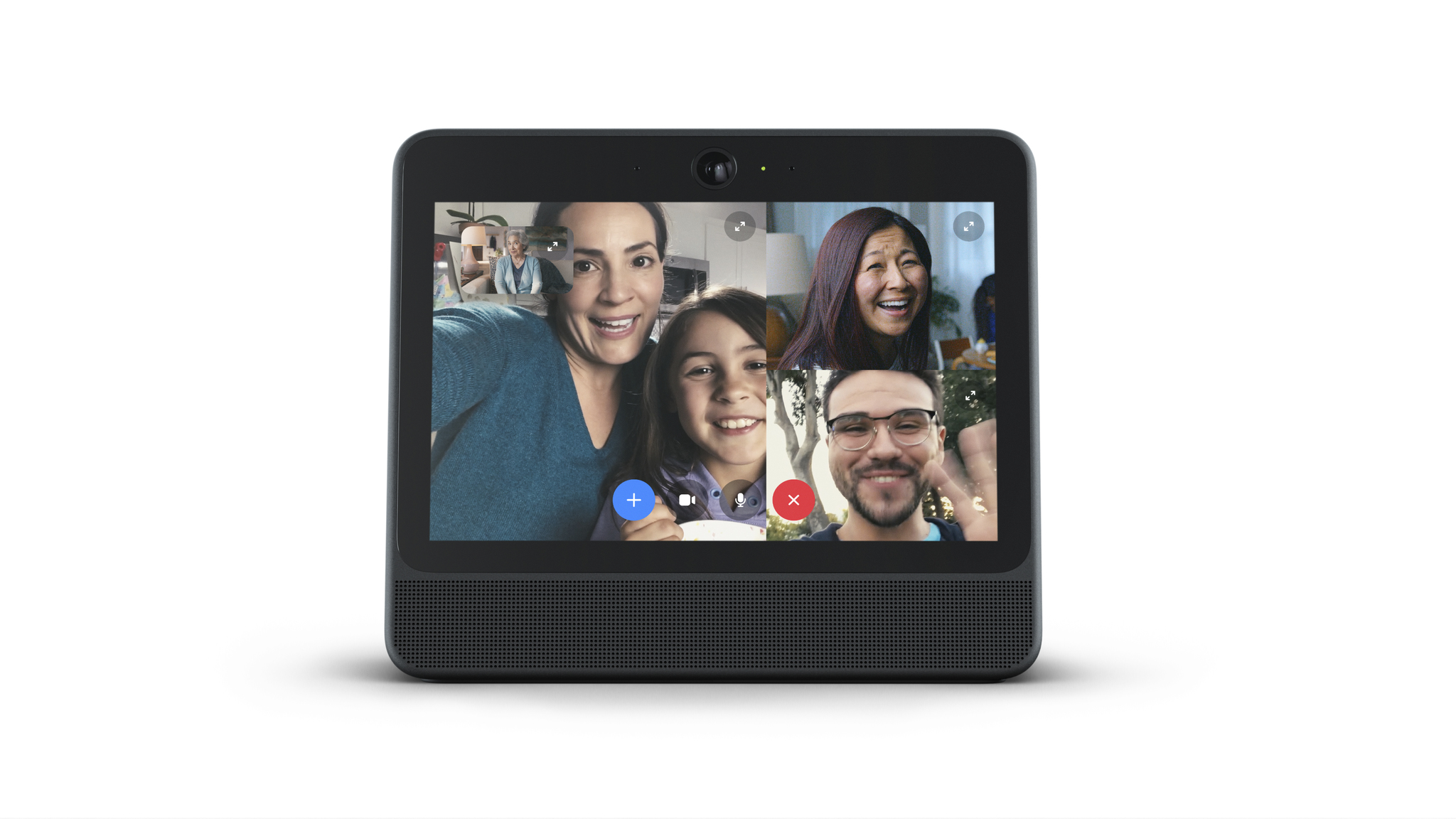 If this sounds like an Amazon Alexa ripoff, it’s because that’s exactly what the Portal uses. That’s right. If you own a Portal it lives on the same network and is connected to anything else in your house or workspace that uses Alexa. Alexa’s integration means you can ask your Portal to tell you the weather, list off music albums, run your microwave, or dim the lights. Very cool … provided that you trust Amazon and Facebook enough to give them access to your other household appliances and devices.

We’re still iffy on that.

While we’re not sure that we’re prepared for Facebook and Alexa to partner up in running our house, we were pretty excited to hear about Facebook’s collaboration with iHeartRadio, Pandora, and Spotify. This will make the Portal an actually viable option for quickly accessing or sharing music with our friends and that’s pretty exciting.

How’s the camera, though?

All the bells and whistles aside, the main reason you’d be spending your hard-earned cash on a Portal is likely not for features you can already get through Alexa. The Portal is a vid chat camera first and foremost. How does it do in that department?

We’re pleased to say it does very well indeed. Both the Portal and the Portal Plus sport a 12-megapixel camera capable of capturing high definition videos and crystal-clear details and movements. Both models use the same software and processors, and we found the real difference was how they look on the outside: 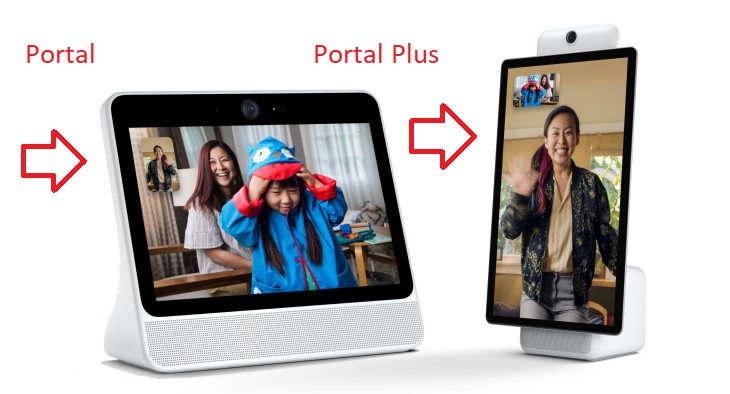 While the Portal has a 10-inch screen, the Portal Plus bumps it up to 15 inches, and adds a surprisingly intuitive and useful rotating display. You can also pivot the Portal Plus to switch between portrait and landscape mode, which is really neat depending on what your friend is trying to show you.

The best, or at least the most groundbreaking, feature for the Portal has to be its smart camera and innovative ‘Spotlight’ system. Facebook’s goal with the Portal was to eliminate the awkward look and feel of video chatting with someone, and their solution was the Spotlight feature, which essentially makes it look like your chat is being recorded by a professional cameraman. How?

The Portal has an AI that tracks users as they move around the room, zooming in and out as needed, panning and re-framing to match! You won’t have to oddly sit in the same spot trying to angle your microphone to hear you clearer or fidget with the camera to ensure it’s pointed at what you’re trying to show. The camera follows the subject’s movement, discerns when multiple subjects are present in-frame, and – with Spotlight – can stay trained on a person of your choice.

The Portal and Portal Plus are Facebook’s first plunge into designing, advertising, and distributing an actual hardware product from scratch, and given the misfortune they’ve struck of late, we hope it’s a step in the right direction. If the Portal ends up doing as well as Facebook hopes, we could be seeing a lot of new faces on the social network and be able to connect with them with a lot more ease and sophistication. With a little luck, Facebook is getting closer to achieving the goal it set about to achieve back in 2004: To bring the world closer together.

Both Portal and Portal Plus are available for pre-order right now and will begin to ship this November.