Did you know you can rent out your Facebook account to make some quick cash, no work required? 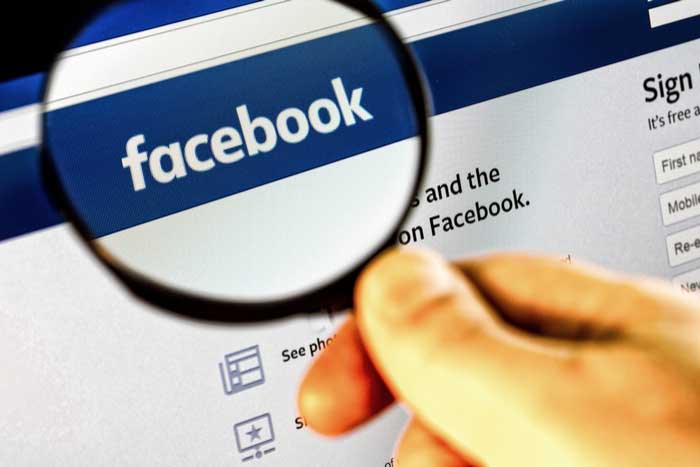 The concept has been around for a few years at this point, allowing blocked companies to run illegitimate campaigns through legitimate accounts.

The process is sometimes referred to as ad laundering, as there are two degrees of separation between the advertiser and the person posting the ads.

So, it looks like this practice has been around at least since 2016. We did a little digging, and the origins of this scheme can be traced back to a 2016 Craigslist ad.

The idea is, brands who have lost advertising privileges have come up with a workaround of sorts.

Brands sign up for a service with these middle man companies, who incentivize civilian Facebook users with the promise of up to $500 a month and a free laptop.

While some users on Reddit and Quora have mentioned that yes, they do get paid, the process is not as safe as these companies promise — big surprise, right?

The rental service then just moves on to the next user, no big deal.

Free laptops and Raspberry Pis: with a catch

According to a security researcher from Novetta, users who rent their accounts out can make up to $500 a month and sometimes receive a laptop or Raspberry Pi upon signing up.

Unfortunately, the free computers come with a catch. Ad launderers preinstall software that gives them access to user Facebook accounts so that they can run ads remotely. 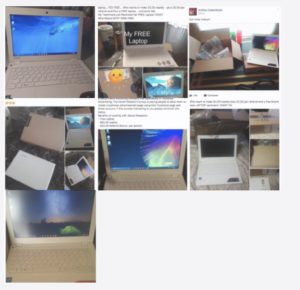 While these rented accounts are being used for what Facebook calls “inauthentic” activity, the companies responsible for the ads slip through the radar. Facebook’s recent ads crackdown is supposed to cover the full spectrum of scam content, but it seems they have their hands full with political or issues-based ads.

What companies are behind ad laundering? 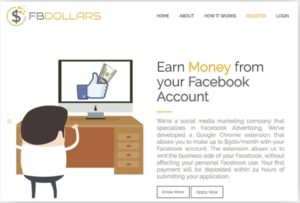 All of the sites we found offer the same rundown: “applicants” fill out an application. “Rent Us Your FB” says the process is simple: Sign up, and you’ll be asked a few questions — “How old is your account?” “How many friends do you have?” 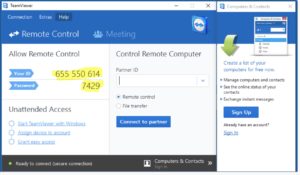 Then they can go into your account, create fan pages on behalf of the brand, and make changes without bothering you. Payments are processed through PayPal, and that’s it — you get paid.

This is a scam in the sense that these companies and those advertisers who pay them are sidestepping Facebook’s advertiser guidelines.

You won’t go to jail for signing up with one of these shady services, but there could be consequences.

Like other “black hat” marketing practices, the real punishment lies in getting banned from Facebook. That’s why brands work with an intermediary — to avoid detection.

These companies treat real profiles as though they’re disposable. There are billions of users, so there’s always a new person willing to put their data at risk in the name of a few bucks.

We get it; sometimes you’ll do just about anything for a free computer. But if you have an active Facebook you’ve been using for a few years, you probably don’t want to get kicked off the platform. It’s probably smarter to stay away from the scheme altogether.